Wild Things Round Up - Smoke

I had been afraid that using smoke as a theme might be a little too out there, and that people would be hesitant to participate.  But I've been pleasantly surprised by the diversity of ideas shared this month.  Not only are there recipes for game and other wild foods, but the community of herbalists have shared formulae for everything from medicinal smokes, to smudges, to homemade incense.  I hope that you will enjoy the contributors' work as much as I have.
---------------------------------------------------------
The last few months, I've been very interested to hear that many of my friends have been making their own incense.  I won't lie to you, I flat out begged them to share their recipes.  I think you will really enjoy reading about all of the enticing possibilities of making homemade incense in this post by herbalist Kiva Rose, Plant Devotions in Smoke: Bioregional Plant Incense. 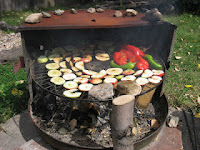 Combine ingredients
Rub into the ducks
Place ducks into non re-active vessel
Pour remaining cure over ducks and cover.
Rotate and rub every 12 hours for 3-4 days.
On the day of cooking, preheat your smoker to 225.  Be sure you use an actual hard wood.  These were cooked with wild harvested, hickory.
Smoke ducks for 3-4 hours, until reaching about 155 internal at the thigh. 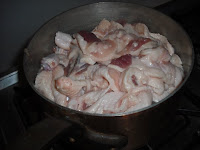 I can really relate to this post from Born in the Wrong Century about Smoked Fish Eggs.  She uses eggs skeins from trout her father catches on his fishing trips.  My own dad loves to bring home trout he's caught himself.  The next time I come across one with eggs, I'll waste no time in smoking it. 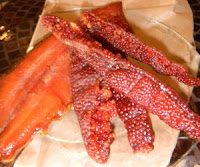 Herbalist Henriette Kress has shared post about the possibilities of smoking mugwort.  Did you know that doing so may give you more vivid dreams? 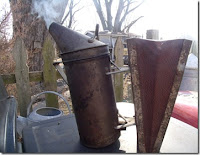 My buddies at the 365 Kitchen have found a really creative way of adding a hint of smoke to venison, by cooking it up with a sauce and rice made with a smoky tea - Roadkill Venison Backstrap with Lapsong Souchong Tea Rice. 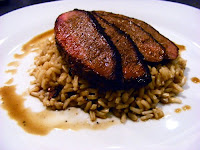 The crew at the 365 Kitchen are as fond of Ponderosa pine as I am, and have used it to both infuse and smoke a local bock beer. 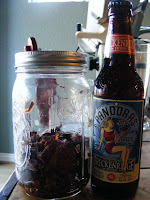 Not only did herbalist Holly Torgerson make her own cheese for this recipe, she improvised her own smoker.  Bonus points!  I think you'll really enjoy her recipe for Juniper Smoked Hemlock & Black Pepper Farmers Cheese.


This recipe started with a trip up to Rochester NY to visit my friend Mario
of Artemis Herbals <http://artemisherbals.com/>. He taught me about Hemlock
(*Tsuga canadensis*), and more importantly he cooked for me using this
wonderfully tasty plant. This Hemlock is a type of pine, not the deadly
Apiaceae plant (the joys of common names). After getting back from New York
I found a Hemlock tree of my very own in my neighborhood.

I started by making the farmers cheese. I had been given a quart of half &
half that needed to be used up before it went bad so I decided to try my
hand at making cheese. This turned out to be surprisingly easy. I used half
& half because it was what I had. Whole milk might be preferable, but again
I have no idea as I've never made cheese before.
*1 quart half & half*
*1 pich of salt*
*Juice of 1 lemon*
*Hemlock Needles & Black Pepper*

Pour the half & half into a pot, and stir in a pinch of sea salt. Bring to
a slow boil over low heat, stirring occasionally to prevent the milk from
scorching on the bottom of the pot. When it begins to boil (small bubbles
will first appear at the edges), turn off the heat. Stir lemon juice into
the milk, and the milk will curdle. You may need to wait 5 or 10 minutes.

Grind herbs to a rough powder in a mortar & pestle. I used about a teaspoon
of hemlock needles and some black pepper. Add herbs to the curds and gently
stir. Line a sieve or colander with a cheesecloth, and pour the milk
through the cloth to catch the curds. Gather the cloth around the cheese,
and squeeze out as much of the whey as you can. Place in an airtight
container. Store in the refrigerator.

I made the cheese then thought of the Wild Things Round Up. I had never
smoked anything before. So after a furious google search I decided I could
smoke cheese in my apartment without any of the normal accouterments. I
ended up using a broiler pan and a cardboard box. I lit a small dry Juniper
branch on fire and put it in the bottom of the roaster pan, put the cheese
on the broiler tray over the smoldering branch and topped the whole thing
with a wine box. Classy I know. When you light juniper on fire it likes to
really burn, so be careful not to set your eyebrows on fire. I checked it
once and re-lit the twig. After about an hour in the box I took out the
cheese which had taken on a wonderful smokey taste and aroma. The taste is
like a rich, herbed, tangy, and smokey goat cheese. Yum.... 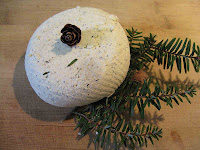 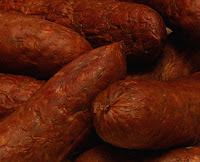 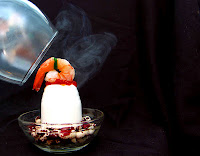 
I'm sharing this round up with Real Food Wednesday.
Labels: foraging roadkill smoke smoking wild things round up