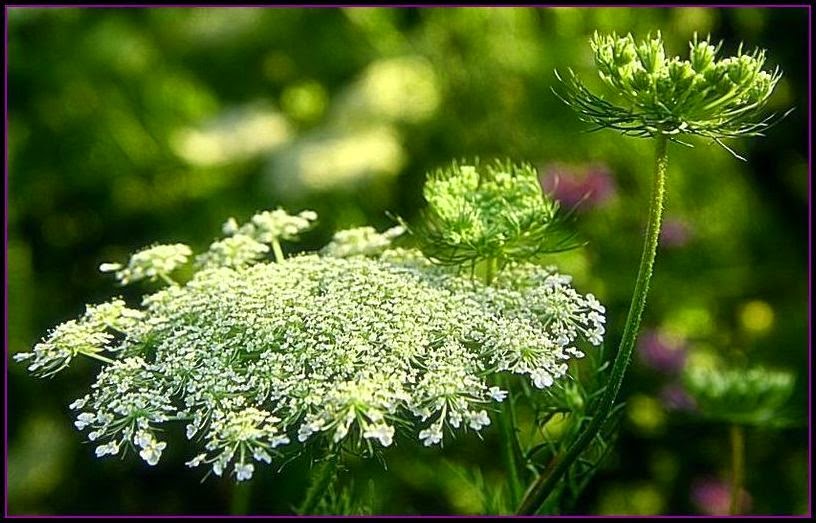 I started making queen anne's lace jelly a few years ago. I've never thought it tasted like much more than sweetened water, to be honest. I mean, I wanted it to taste special because yay eating weeds and yay effort, but the reality of queen anne's lace jelly is always sweet and dull. However, the fact that the herbal infusion goes from a swampy shade of green to a delicate pink is entertaining, and makes it a popular recipe in the classes I teach.

If you look around the internet and even books, you will notice that every recipe for queen anne's lace jelly is identical. It makes me wonder if people actually like the nearly-nonexistent taste of the end product, or are just charmed by the idea of making a wildflower jelly. I will be the first to admit that I'm hesitant to mess around with the jam and jelly recipes because ending up with a non-set recipe, which I then have to pretend to happily pass off as syrup, is annoying. This year, I decided to take the plunge and start tweaking the recipe in hope of coming up with something more flavorful. Maybe next year, I will continue the experiment and further reduce the sugar and perhaps work with my preferred pectin, Pomona's.

The next step was to cut back on the sugar. The sweetness in a normal queen anne's lace jelly is enough to make this salty snack-lover cringe. Here, I cut it back by a full third, and the jelly still set.

The last step was to add a bit of flavor insurance. On the day I made the queen anne's lace jelly I spontaneously decided it would be fun to have a layer of strawberry jam in the bottom of the jar. That way, if the queen anne's lace jelly was still too boring (I really know how to sell a recipe, don't I?), I could reach down and get a little strawberry goodness as well. I like how this turned out, and like how it looks even more. After about a week, the intense red of the strawberry jam migrated up and made for a gorgeous jar of layered preserves. The downside is that this recipe isn't properly canned, so it must be kept in the refrigerator. I'm OK with that, as it makes a fairly small batch, around 6-7 cups total.

Queen Anne's Lace Jelly with a Layer of Strawberry Jam 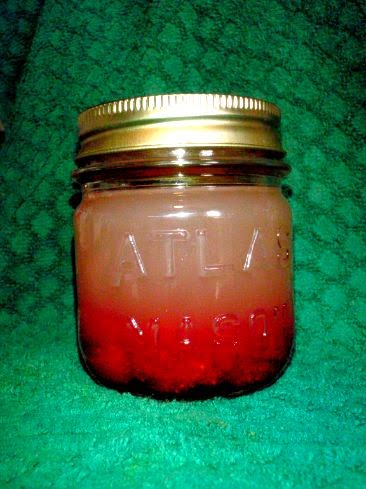 1 lb. of strawberries made into jam (use whatever recipe suits you, I used Mrs. Wheelbarrow's)

1. Place your queen anne's lace into a large bowl, cover it with the boiling water. Stir it around and try to get all of the herb submerged. Then cover the bowl and let it sit at least until it has cooled to room temperature, but overnight is fine. Letting it cool complete insures the strongest-possible infusion.

2. Pour an inch or so of your strawberry jam into seven half-pint mason jars. Let it come to room temperature so that it sets up.

3. Strain out the queen anne's lace, and pour 4 1/2 cups of the infusion into a large non-aluminum pot.

4. In a small bowl, mix the Sure-Jell and 1/4 cup of sugar until they are evenly combined.

5. Use a large whisk to stir the Sure-Jell and sugar into the queen anne's lace infusion (this is where it will magically transform from green to pink), then bring it to a full boil. Once it is boiling, stir in the remaining sugar and let it boil for one minute.

6. Take the pot off the heat and stir in the lemon juice. Skim off any foamy scum that is sitting on the surface and discard (and by discard, I mean let your kitchen helper eat it).

7. Let the jelly cool for a few minutes, enough so that it is not molten, but isn't starting to set, either. My hope here is to keep is from totally melting the layer of strawberry jam. Carefully pour the jelly into your waiting jars, then lid 'em up. Again, since this jelly hasn't been canned, you should probably keep it in the fridge once it has cooled.