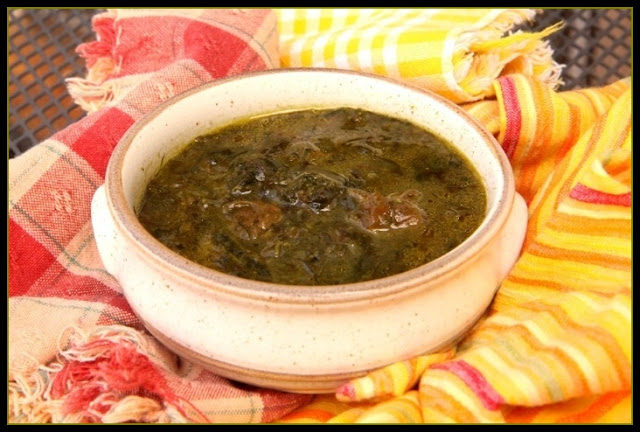 This isn't new math. Wild greens plus delicious smoky pork bits add up to a dish most everyone will eat with gusto. My crowd aren't picky eaters, and they certainly aren't strangers to the wild edible greens I serve on a regular basis. However, including ham hocks with cooked greens has made the difference between everyone eating a few forkfuls of greens and the same people slurping down bowls full of greens and asking for seconds.

In Soul Food: the Surprising Story of an American Cuisine One Plate at a Time, Adrian Miller discusses the journey greens made to unite with ham hocks to become an iconic dish of soul cuisine. Traditionally, one thinks of greens and ham hocks being made with members of the mustard family (Brassicaceae) such as collards, turnip greens, mustard greens, cabbage, or kale. These cabbage cousins came to both Africa and North America from Europe. So, when enslaved people saw these same greens being grown in new America, they were already familiar with the plants. With produce grown in small garden plots, they began enriching greens with seasonings and bits of meat (from fish to pork) to make a hearty and nutritious supplement to the meager rations allotted by plantations. Eventually, the combination of greens with pork became a soul food staple, with pork being what set the dish apart from the West African preparation from which it originated.

Of course, stewed greens have never been confined by just garden produce. Throughout the history of the dish, folks have used whatever greens they had at hand. In Soul Food, Miller makes references to the dish being made with many seasonal foraged plants from milkweed to poke.

When late winter/early spring rolls around, I invariably find myself cleaning out the freezer of the previous year's foraged greens in anticipation of the new season. My chest freezer is a bit like a magician's hat in that I'm always delighted by the treasures found in its depths - dock, lambsquarter, orache,  various mustards, and more. All work well in this recipe. In fact, of late, I've taken to combining several different greens when I cook up a pot of wild greens with ham hocks.

Whenever possible, I made this dish with a cut called ham shanks, not ham hocks. It is the next cut up the ankle, and has a bit more meat, in addition to all of the unctuous connective tissues and smoke that make ham hocks so wonderful. They are usually sold right next to the ham hocks where I shop. I adore what this cut of meat adds to the broth, though this recipe could certainly be made with bacon or salt pork. If you abstain from pork, Adrian Miller makes a convincing argument that smoked turkey bits can produce an equally flavorful pot of greens.

Don't get too caught up in the quantities given in this recipe. Instead, pay attention to the ingredients and ratios, and cook up a batch that works for you. The greens should be cooked for long enough to become silken rags; this isn't an occasion for briefly cooked leaves. And whatever you do, slurp up every drop of the liquid in this dish, know as pot likker. It is the best and most nutritious part of wild greens and ham hocks.

1. Place the ham hocks in a pressure cooker and fill the pot with enough water to cover the hocks by an inch. Cook according to the manufacturer's instructions for one hour at sea level, or 75 minutes at altitude. Let the pot depressurize on its own. If you don't own a pressure cooker, you can cook the ham hocks in a slow cooker or stove top by gently boiling for several hours. You want the meat to fall of the bone and the connective tissues to have broken down into gel.

2. Remove the ham hocks from the broth. Pick the meat and soft connective tissue from the bones.

3. In a perfect world, one would probably saute the onions and garlic before adding them to the broth. However, this creates another dirty dish, so doesn't seem worth it in the end to me. Instead, add the onions, garlic, and greens to the broth. Bring the pot up to a gentle simmer, and let the greens cook for 30-45 minutes without a lid in order for the flavors to meld. There should be enough liquid in the pot for the greens to be bathing in broth, though this is not soup. Add more water, if necessary.

4. In the last five minutes of cooking, return the meat and soft connective tissues (hey, don't make that face! the squidgy bits are yummy and good for you!) to the pot, and stir lovingly. Adjust the seasoning with salt and pepper.

5. Serve warm in a bowl, preferably accompanied by a fat piece of corn bread and your favorite hot sauce.